To understand how coral reefs are formed, we must first learn what a coral is.

Corals are living organisms that can be found in tropical warm waters (more than 20ºC), with high salt concentration. Together they form a massive calcareous structure which are known as reefs. They are the communities with the biggest and greatest biodiversity in the world.

These organisms live in a symbiotic relationship with an algae called Zooxantela, an unicellular algae capable of photosynthesis that is able to reproduce and live inside the coral tentacles. The corals ability of building their own calcium skeleton is because of this algae, it provides the necessary carbon. The corals are modular animals called polyps. 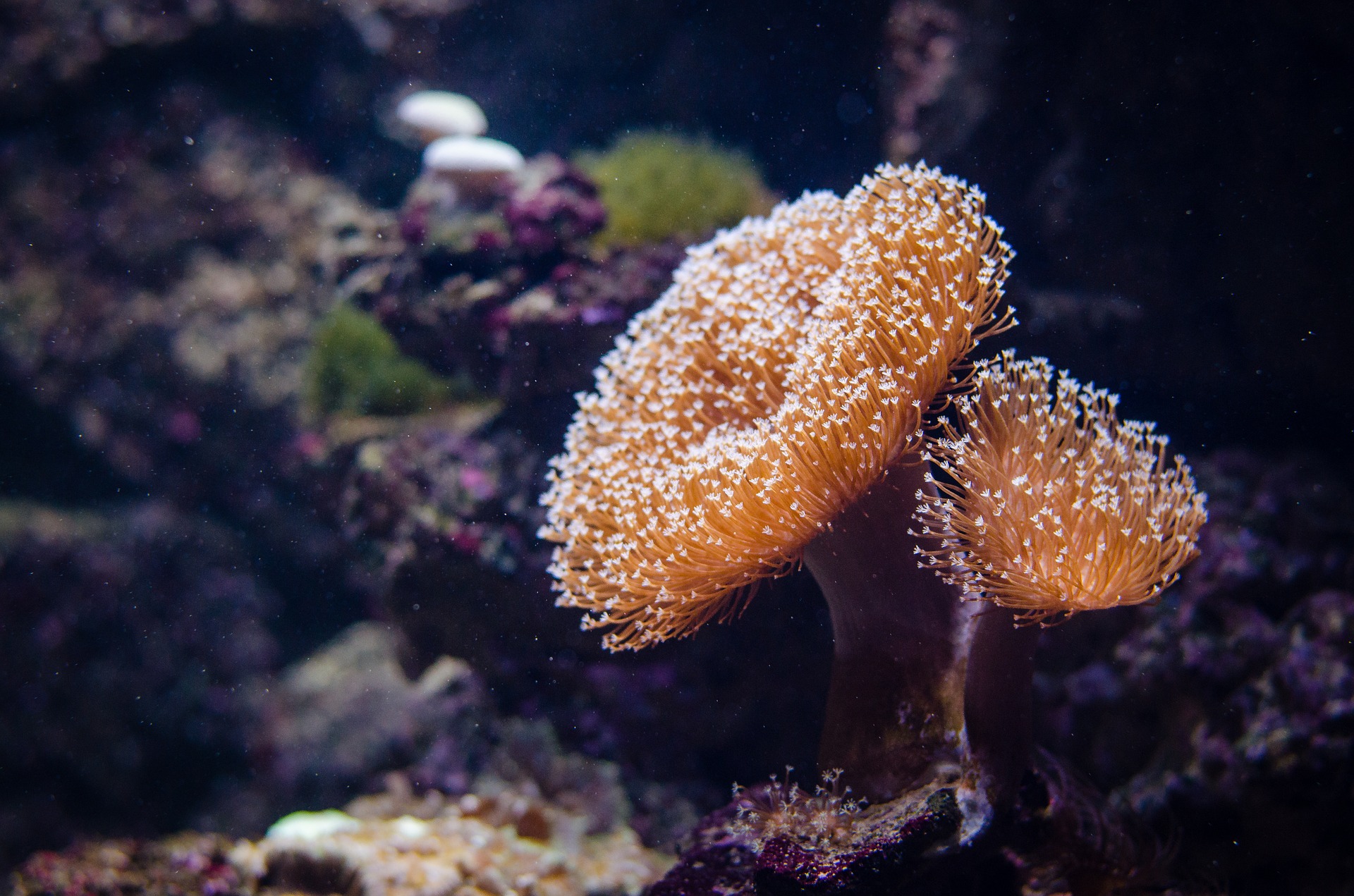 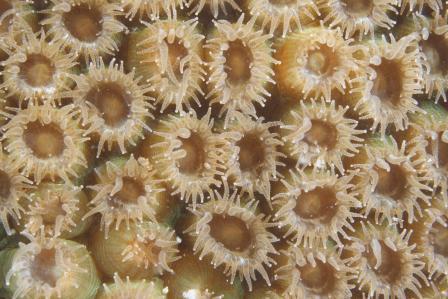 The term reef refers to the biological use that is given to a three-dimensional structure that rises from the seabed. It has not been built exclusively by coral, but also by sponges, algae and marine worms.

The coral reef ecosystem consists of a group of corals that segregate rigid calcareous skeletons and live in colonies of the most diverse shapes and sizes that interact, along with other species, as a functional unit.

The coral reefs are one of the most productive and complex ecosystems in the world. In the entire reef structure, the living part of the reefs is a layer of one millimeter of tissue that is found on top of it, everything else is a skeleton that serves as habitat and food for other species.

The reef is the most diverse marine system. The coral reefs have so much diversity that are often compared to a tropical forest. 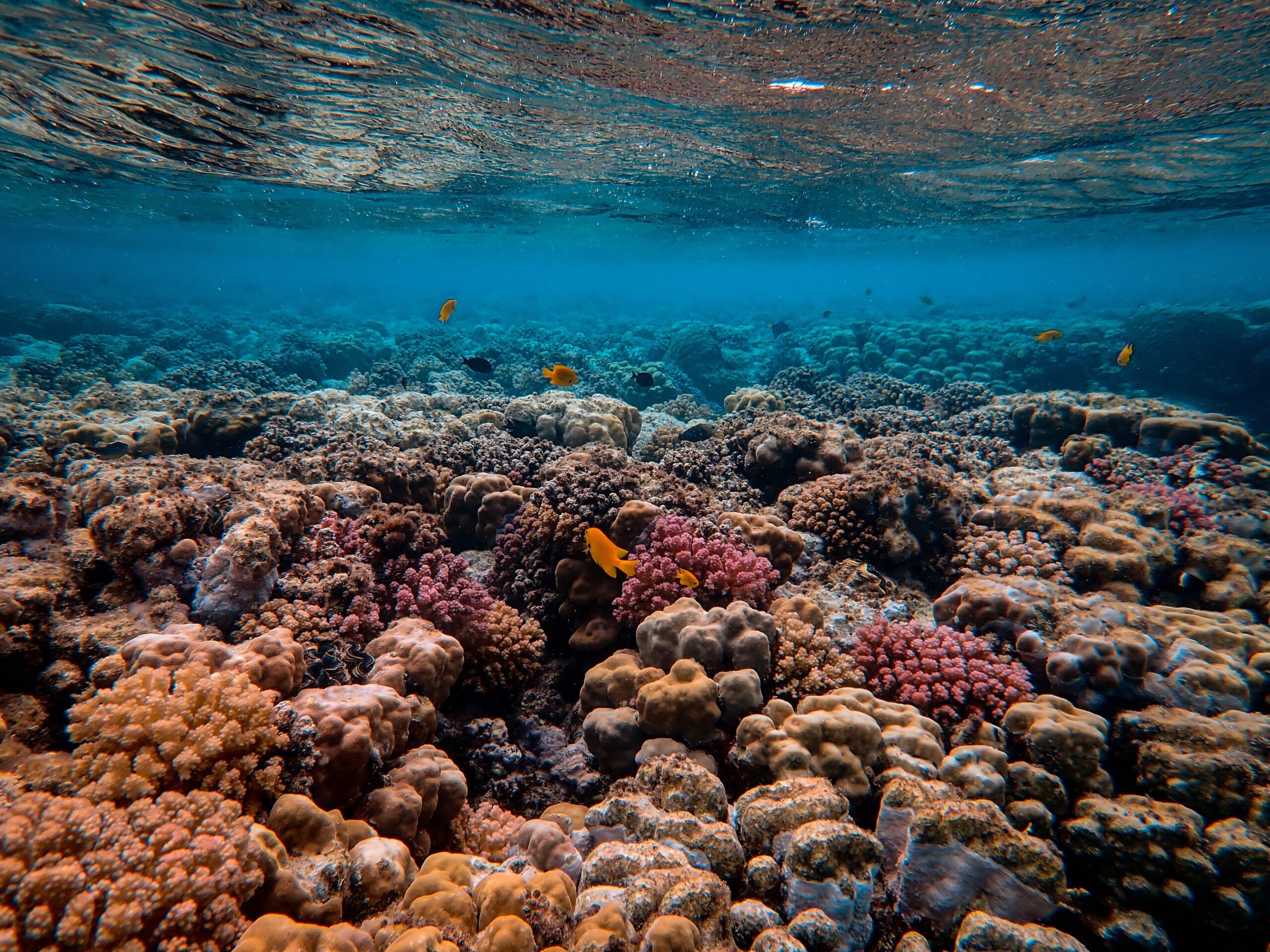 The formation of coral reefs

The coral reefs of the tropical seas are a typical example, forming the greatest living community that populates the seas; built by tiny and primitive animals belonging to the group of coelenterates or Cnidaria known by the name of corals.
There are approximately 2,500 different species of coral that have the ability to extract calcium carbonate from seawater and make limestone skeletons from it for their own protection. As polyps multiply in one place and add layer upon layer of their calcareous skeletons, large reefs are formed inhabited by millions of animals and plant and animal organisms.

The coral reef being the most prosperous vital community known, it is home to the greatest wealth and variety of plant and animal creatures, ways of life and relationships of conduct.

By way of differentiation, it can be said that the coral is the one who builds the reef. Coral is the engineering species, it creates an environment and allows other species to live in it. 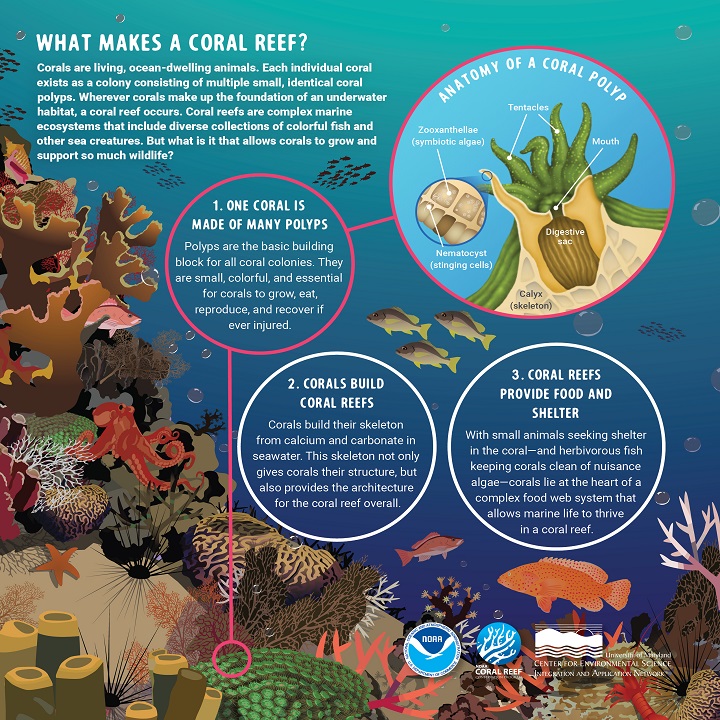